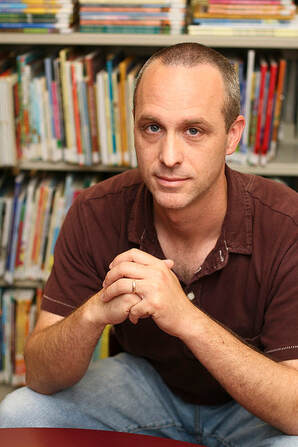 Trenton Lee Stewart was born in 1970, in Hot Springs, Arkansas. With his one older sister, he grew up  enjoying literature and even began writing short stories and poems in third grade! He was accepted into Hendrix College and graduated in 1992 with a bachelor's degree in English. He married Sara Beth Estes, had two children, and they live in Little Rock, Arkansas. Fun Facts:
Who is Nicholas Benedict? Watch this video for a sneak peek! (1:11)
Who is Trenton Lee Stewart? Skip a ways in to hear him talk about his favourite books! (7:35)
Watch The Mysterious Benedict Society and The Secret Keepers book trailers here!
Visit Trenton and his books at ​mysteriousbenedictsociety.com