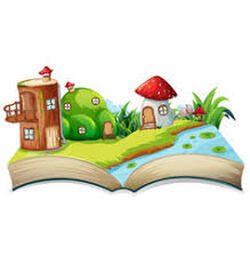 What's up with all those chickens? (1:09)
Watch the Rescue Bunnies Book Trailer (2:24)
Watch the Diary of a Spider Book Trailer (0:53)
Watch The Trouble With Chickens Book Trailer (0:38) - grade 3
- D -
JAMES DEAN
​
JULIA DONALDSON​ - Julia Donaldson grew up in a large, loving, musical, multi-generational family just outside of London, England. She attended Bristol University, where she studied French and German, and learned the guitar so she would take up busking to earn money. She and a friend went to live in Paris for six months in to improve their French, and while there she met her husband Malcolm Donaldson. They married and raised three children. Julia published her first book, A Squash and a Squeeze, in 1993 when she was 45; but since then she has published 195 books, though only 60 (only!) are available in bookshops. The others are oriented towards classroom recitations and the like. She works with an illustrator, Axel Scheffler. She also adapts books for the stage and performs them with her husband Malcolm in schools and at literary festivals. Donaldson hit the jackpot in 1999 with The Gruffalo, her third book. It's about a clever mouse who sees off the predators in the wood (fox, owl, snake) by telling them he's about to meet a scary (but made-up) Gruffalo whose favourite dinner is roasted fox/ boiled owl/ deep-fried snake. When the mouse encounters a real Gruffalo in the wood, he avoids being eaten by convincing the horned and fanged monster that he, the mouse, is the scariest dude in the wood. It was a huge hit – to date it's sold 13.5m copies and been translated into 65 languages worldwide.

How To Grow A Dinosaur
​Estelle Takes a Bath