In 1998 Jeff came up with the idea for Diary of a Wimpy Kid, a story about a middle-school weakling named Greg Heffley. Jeff worked on his book for almost eight years before showing it to a publisher in New York.
Jeff Kinney was born in 1971 in Maryland and attended the University of Maryland in the early 1990s. It was there that Jeff ran a comic strip called “Igdoof” in the campus newspaper, and he knew he wanted to be a cartoonist, but he was not successful in getting his comic strip syndicated after college, and in 1998 he started writing down ideas for Diary of a Wimpy Kid. Jeff worked on the book for six years before publishing it online on Funbrain.com in daily installments. To date, the online version of Diary of a Wimpy Kid has more than 80 million visits, and is typically read by more than 70,000 kids a day! 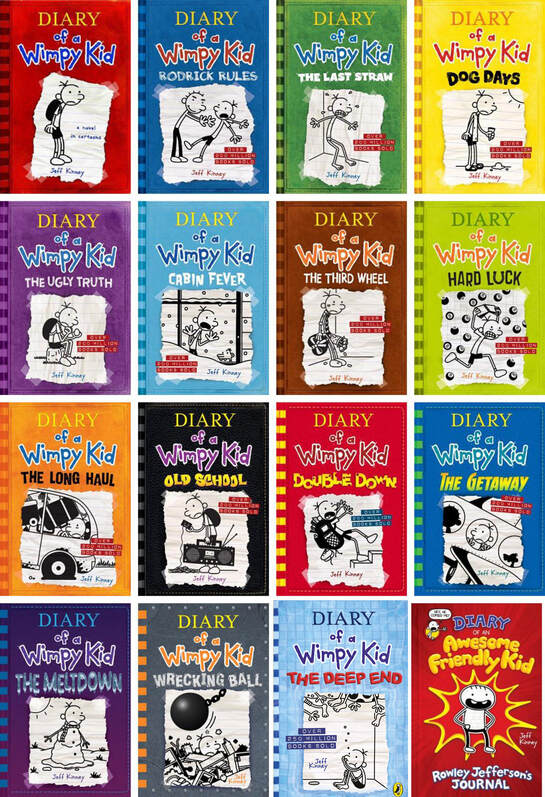