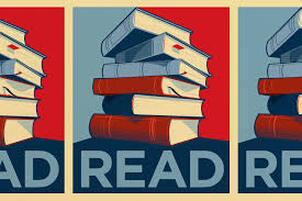 Meet Abbie Wu! She’s about to start middle school and she’s totally in crisis. Abbie Wu is in crisis—and not just because she’s stuck in a family that doesn’t quite get her or because the lunch ladies at school are totally corrupt or because everyone seems to have a “Thing” except her. Abbie Wu is in crisis always. With great illustrations and embarrassing honesty, Frazzled dives right into the mind of hilariously neurotic Abbie as she tries to figure out who she is, where she belongs, and how to survive the everyday disasters of growing up. With Abbie’s flair for the dramatic and natural tendency to freak out, middle school has never seemed so nerve-racking!
​


​
Keegan and Alex are the only kids in Leamington who haven't volunteered to help out with the town's annual tomato festival. In an attempt to teach them a sense of responsibility, their fathers put them in charge of the tomato toss. The boys decide it's their responsibility to add a little excitement to the event. They exchange the traditional wooden targets for human targets and, before they know it, they are running the most popular event at the fair. The excitement may be too much for the sleepy town and soon the tomato toss is taken to the streets.
​

Tiger by the Tail (Tiger series)
by Eric Walters

When tornado-force winds force Sarah and Nicholas Fraser to seek shelter in a neighbour's barn, they discover that the retired circus trainer has some unusual farm animals: a cheetah, an ape, a python, and a tiger! Fascinated by the exotic animals, Sarah and Nicholas help out with their training and care. But when a band of mischievous teens cut the chains to the tiger's cage and he escapes, they must help track him down before the story makes front-page news.
​

Hunter knows humans are dangerous to himself and the other cats of his colony. He avoids them, as all wild cats should. So when a neighbourhood boy starts showing up in Hunter's junkyard to chase away dogs and bring the colony food, Hunter keeps his distance. But a new condo development puts the whole colony in danger, and Hunter soon realizes the only way to save his family is to put his trust in the boy. This is the story of Catboy told through very different eyes!

The Boy Who Crashed to Earth (Hilo series)
by Judd Winick

Sequels: Saving the Whole Wide World, Great Big Boom, Waking the Monsters, Then Everything Went Wrong, All the Pieces Fit, Gina Who Broke the World

​​                              D.J. and his friend Gina are totally normal kids. But that was before a mysterious boy came crashing down from the sky! Hilo (pronounced High-Low) doesn’t know where he came from, or what he’s doing on Earth. (Or why going to school in only your underwear is a bad idea!) . . . But what if Hilo wasn’t the only thing to fall to our planet? Can the trio unlock the secrets of his past? Can Hilo survive a day at school? And are D.J. and Gina ready to save the world? If you love Calvin & Hobbes and Big Nate, you’ll love Hilo!